Welcome to the online home of Morpeth Harriers, one of the North of England's leading athletics clubs. We cater for everyone, from major Games medallists to newcomers to the sport. Thanks for paying us a visit.

THANKS TO OUR PRINCIPAL CLUB PARTNER

LATEST CLUB NEWS
FEATURE
The Bob Graham Round and Morpeth Harriers
22 February Kevin Bray gives you a taster for the Bob Graham Round.  A 66 mile route with 28,000ft of cumulative ascent in the Lake District.  He also lists those Morpeth Harriers members who have completed the challenge Click here to view the article
NEWS
Wallsend Harriers cancel events for 2021
4 February: Wallsend Harriers have confirmed that, due to the pandemic, all its events for 2021 have been cancelled. This includes the Terry O'Gara 5k and the Gordon Smith Relays. The club plans to host virtual races as an alternative and will update nearer the time.
EVENT
Harriers urged to take part in new winter handicap series
25 January: Club members are being invited to take part in a new winter virtual handicap series, which will see participants challenged to post times for runs of between one mile and 10kms over a period of a month. Kevin Bray explains all in his latest blog.
​Read Kevin's blog
ANNOUNCEMENT
Membership fees reduced and payments deferred until 1 April
15 January: Membership fees for 2021 will be significantly reduced and payment will be deferred until April, the Morpeth Harriers committee has announced. The decision to reduce fees to £40 for full Senior membership and £30 for young athletes follows the disruption to club training and events caused by the pandemic. Full details of the new fees and when they will become due are set out in the notice from the club committee available via the link below.
​Read more
NEWS
All training cancelled and facilities closed
5 January: The club can confirm that all training, for Seniors and Juniors, has been suspended with immediate effect and all facilities have been closed following news of the latest lockdown in England.
​Read more
NEWS
Seniors training and events suspended after Tier 4 move
1 January: The club has issued full guidance to members about the impact of the decision to place the North East into Tier 4. All Seniors training sessions will be suspended but Junior training can continue. The track at KEVI will remain open but only for use under strict conditions. For full details click the link below.
Read more
ANNOUNCEMENT
Tier 4 move causes cancellation of NYD trail event
31 December: The planned New Year's Day trail race around Morpeth for club members has been cancelled following the news that the North East has been placed under Tier 4 coronavirus restrictions from today. All members who were due to take part in or help with the event should have received an email from event organiser Kevin Bray. Further news on the impact of the announcement on other club activities will follow tomorrow. 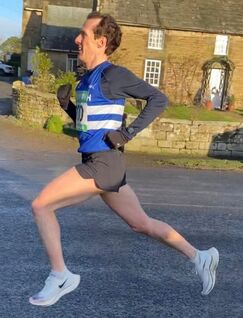 REPORT
Floyd takes honours in Whalton Festive Five Miler
30 December: Morpeth's Ross Floyd won the five-mile race on the roads between the Northumberland villages of Whalton and Ogle at the weekend.
Floyd finished some 9 seconds ahead of nearest challenger Ben Chown of 26.2 Road Runners Club with Gateshead’s Conrad Franks in third having just lost out to Chown in the run-in. Floyd professed himself very happy with the win, all the more so after the sleep deprivation the latest addition to his family has been causing him over the last few weeks.
Click below for a full race report and a round-up of how the club's athletes fared in various other festive fixtures.
Read more
NEWS
Hudson Stoker: A message of thanks
18 December: George Patterson has written a letter of thanks to club members and the wider North East athletics community for the kind words so many have sent following the death of Hudson Stoker.
Read more
FEATURES 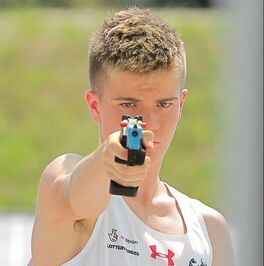 PENTATHLON
​Harriers Q&A with young Pentathlete Ross Charlton
Hear from the Morpeth Harrier who is on the path to greatness in one of athletics' less well understood sports, Pentathlon. Ross Charlton, who is currently studying at Bath University, talks about life as a young Morpeth Harrier, his admiration for the dedicated coaches who have helped him along the way, and explains how he came to discover - and fall in love with - Pentathlon.
Full story 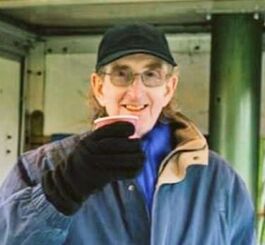 OBITUARY
​Hudson Stoker, 1947-2020
​​Morpeth Harriers are sorry to report the death at 73 of Life Member and club stalwart Hudson Stoker after a lengthy period of illness.
​Read full tribute 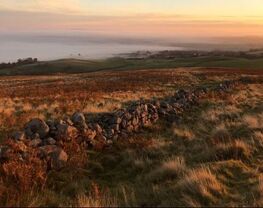 FELL RUNNING
​The challenge of the Cheviots
The Northumbrian hills offer some of the best fell and trail running opportunities in the UK. Richard Kirby, who recent took on two of the most challenging routes in the Cheviots with Paul Banks, explains why we should all be giving it a go.
Full story 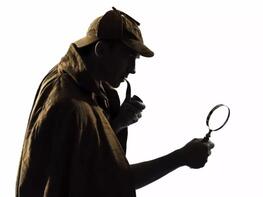 MYSTERY
A dashing good yarn
What happened when Sherlock Holmes got involved in the mysterious case of a 10k road race in Yorkshire? Peter Scaife relates the full story in our new Features section.
Full story
MEDIA
​For more galleries click here and see our Instagram page
SUPPORT THOSE WHO SUPPORT US
WHERE TO FIND US
Our clubhouse is located next to Morpeth RFC, Mitford Road, Morpeth, Northumberland NE61 1RJ